Lufthansa, LOT Polish Airlines, Star Alliance, Best Western, Accor, Hilton, Dell, Toyota and Audi – these are just some of the well-known brands that have been awarded in the very first edition of Business Traveller Poland Awards. The awards ceremony was held on Wednesday in Sobański Palace, Warsaw.

In Poland Business Traveller has been published since 2009 on paper as well as in online (www.businesstraveller.pl) and tablet versions. This year, for the first time in its history, BT Poland organized its own event based on reader voting. Almost 1,000 people, including business travellers and travel managers, took part in the online survey which contained questions related to products and services. The survey results were then analysed by consultancy firm Deloitte.

“We have decided to organize this event, because we strongly believe that it is worth writing about and awarding good products. Despite the economic downturn there always is and will be demand for luxury products for business travellers. Never before have hotels rooms offered as many amenities as today, and the offer of airlines is equally impressive,” says Robert Grzybowski, the publisher of Business Traveller Poland. – “The results of our survey, which was aimed at business travellers and travel managers, say a lot. Congratulations to the winners,” continues Mr Grzybowski.

– Our magazine is an inspiration both for business and leisure travellers. I hope that the presented awards will be a source of ideas for travel in 2014. We appreciate the independent choice of our readers, thanks to which the Business Traveller Poland Awards are exceptional,” emphasizes Marzena Mróz, the editor-in-chief of Business Traveller Poland.

The award for the best car rental company both in Poland and Europe went to AVIS, while Samsonite received the statuette for the most favourite luggage brand. Apple was the hands-down winner in the Best Business Smartphone category, while Dell was awarded for the Best Laptop. Toyota won in the Best Fleet Car category for its Avensis model, while the award for the Best Executive Car went to Audi for its the A8.

Here is the complete list of winners of 2013 Business Traveller Poland Awards:

BEST AIRPORT IN THE WORLD 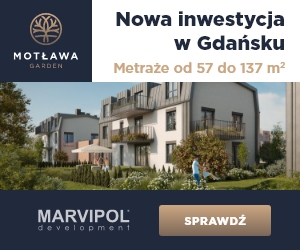